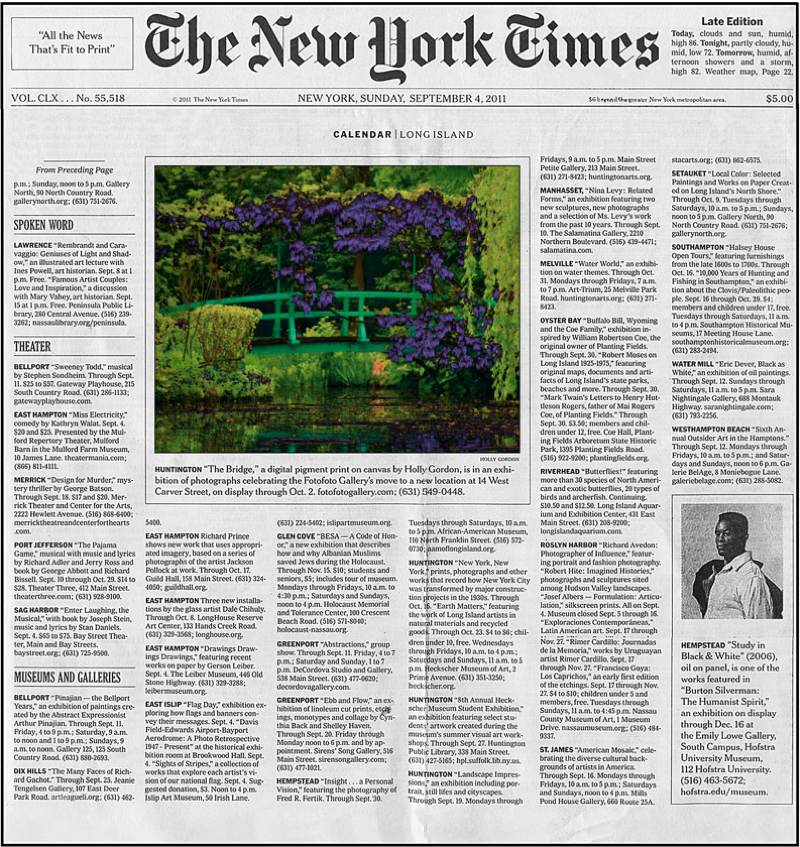 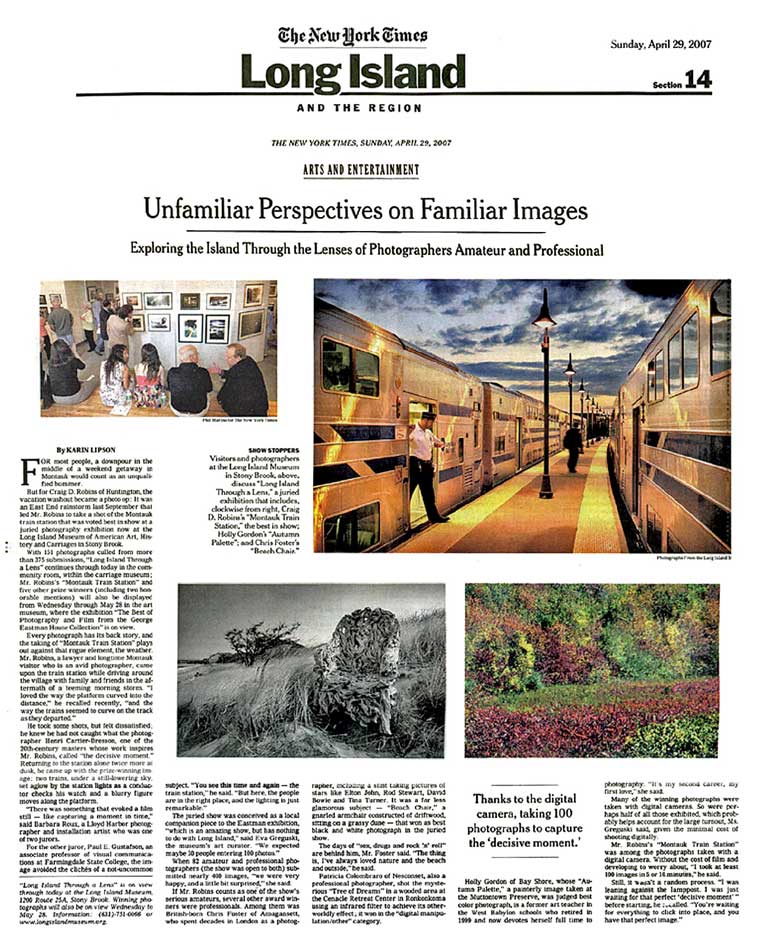 Holly Gordon of Bay Shore, whose “Autumn Palette,” a painterly image taken at the Muttontown Preserve, was judged best color photograph, is a former art teacher in the West Babylon schools who retired in 1999 and now devotes herself full time to photography. “It’s my second career, my first love,” she said.