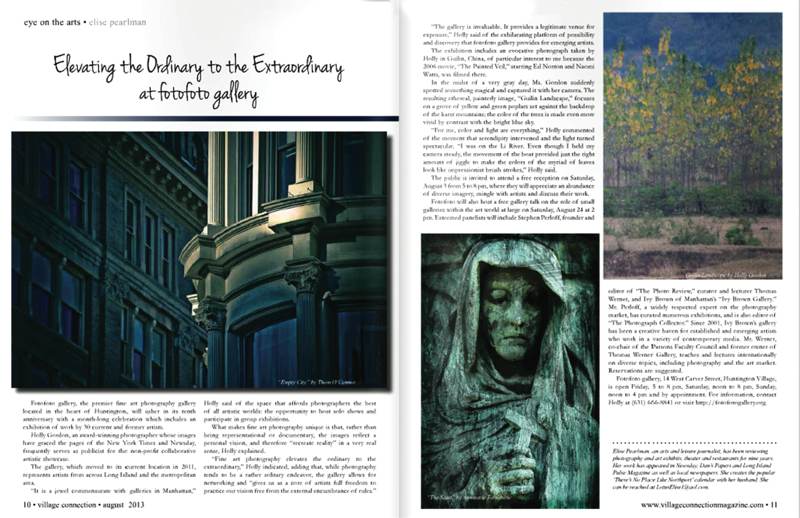 Village Connection Magazine featured one of my images, “Guilin Landscape.” Here’s some of the text accompanying the image.

The exhibition includes an evocative photograph taken by Holly in Guilin, China, which is of particular interest to me because the 2006 movie, “The Painted Veil,” starring Ed Norton and Naomi Watts, was filmed there.

In the midst of seemingly drab scenery, Ms. Gordon suddenly spotted something magical and captured it with her camera.

The resulting ethereal, painterly “Guilin Landscape” focuses on a grove of yellow and green poplars set against the backdrop of the karst mountains; the color of the trees is made even more vivid by contrast with the bright blue sky.

“For me, color and light are everything,” Holly commented of the moment that serendipity intervened and the light turned spectacular.

“I was on the Li River. Even though I held my camera steady, the movement of the boat provided just the right amount of jiggle to make the colors of the myriad of leaves look like impressionist brush strokes,” Holly said.

You can click on the link above to be taken directly to the part of the magazine with my image. It’s the one at the top right.